Summer is over (booo!) and hopefully you’ve spent some time living it up at a festival or showing off a new killer bikini on some exotic beach. Now it’s time to think about plans for the autumn and winter months ahead. New Year’s Eve always comes around so quickly, leaving no time to actually arrange something good to do. This year, why not think about booking one of the cheap holidays available out there and having something amazing to look forward to with your pals. Here are some ideas to get you going!

They like to celebrate Hogmanay big style in the Scottish capital, with a huge street party, concert and fireworks display. The atmosphere is infectious and the people are extremely welcoming. You can pretty much spot the fireworks from anywhere in the city, so ditch the street party for a cosy pub if you prefer. Spend the next day curing a single malt hangover with a carb loaded brunch at highly rated spots such as Blue Bear, Broughton Deli and Urban Angel. Then take a walk to Arthur’s Seat for absolutely beautiful views bound to cure any fuzzy head.

A real party city, you’re spoilt for choice on how to celebrate NYE in Berlin. You could try to get into one of the techno power houses like Berghain or head to more laidback but equally fun bars and clubs for a more relaxed evening. Postbahnof is a popular spot near the East Side Gallery with four floors of dancing and E4 Club in Potsdamer Platz is where all the cool party kids go. Your best and cheapest bet is to head to Berlin’s street party at Brandenberg Gate, one of Europe’s biggest! If you’re not still partying the next day, take a brisk walk in Tiergarten park or check out all the hip neighbourhoods.

Bring in the new year with good friends, a mulled cider in hand and a dazzling view of the Northern Lights. Reykjavik provides an incredible snow covered landscape to see the lights against and there is an impressive fireworks display too! During your stay you can unleash your inner child with a trip to Santa’s Grotto (for old time’s sake!). It is certainly a different way of spending the holidays that verges on the downright magical.

Everyone has to do the Full Moon party at least once in their lives, right? And if you’ve already done it, you’ll probably want to go again. Although flights to Thailand are expensive, expenses are cheap as chips upon arrival. You could stay in a really nice hotel room for a decent price then head to Koh Phangan’s famous beach party, where all the travellers flock to. For something a bit quieter, head to an island escape like Koh Lanta, Koh Mook, Koh Ngai and Koh Radang.

If you’re currently travelling around America, you have a great New Year’s Eve in store. They really know how to celebrate over there. There’s of course the New York ball that has dropped every year since 1907 and this year it will be accompanied by the legend that is Elton John (don’t deny you’re a fan!). The lights of Las Vegas shine even brighter with a huge fireworks display and party on its main street. San Antonio in Texas puts on a spectacle that the Dallas cast would be proud of. Look up the cities closest to you and get involved.

There are so many various ways of bringing in the new year that it’s difficult to decide where to go. Talk with your mates, get some prices together and make your booking to get the best rates. 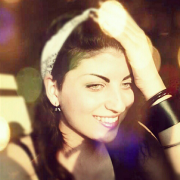 Being an expat in Mexico: Dia de los Muertos

5 Places to Visit as a Freedom Lifestyler